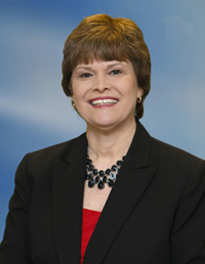 Ouida Newton, State Board chair, brings 38 years of experience as an educator to the State Board of Education. She was named the 2015 Arkansas Teacher of Year and recently retired to serve on the State Board.

Newton believes that learning is embraced when children receive encouragement and support from parents, teachers and the community. She previously taught multiple levels of math and science in the Poyen School District and has served as a library media specialist, math coach, curriculum supervisor, class sponsor, senior and Arkansas State Beta Club sponsor, and Teachers of Tomorrow supervisor. Newton also taught at the Searcy School District and Pulaski County Special School District and was an adjunct professor at College of the Ouachitas in Malvern.

She served on multiple assessment and standard review committees, including the Arkansas Math Standards Review Committee, and spoke before the Governor’s Council on Common Core Review.

Newton and her husband, Jerry, live in Leola and have two children and eight grandchildren.

Dr. Sarah Moore, State Board vice chair, has a background in elementary education and education policy. A native of Little Rock, she received a Bachelor of Arts degree from Duke University and a doctorate in education policy from the University of Arkansas. Moore taught elementary school in the Stuttgart School District and then worked at the Office for Education Policy at the University of Arkansas, as a Doctoral Academy Fellow. In addition, she has worked with non-traditional teaching programs to train and develop teachers.
Moore served as the education policy advisor to Gov. Asa Hutchinson for three years, focusing on K-12 education issues, including the Computer Science Initiative. In this role, she saw firsthand that Arkansas' students will be better prepared for their future and will exceed when provided high-quality opportunities, such as computer science.
Gov. Hutchinson appointed Moore to the State Board in July 2018. Her term expires June 30, 2025.
Moore lives in Stuttgart with her husband, James, and their two children. 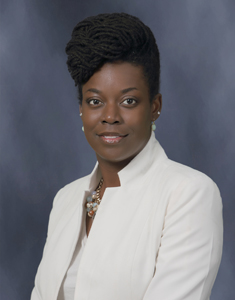 Charisse Dean is a former homeschool mom and current parent of four children in public school. Dean believes it is vital for parents to be an integral part of a child’s education. She strives to emphasize the importance of parental involvement in the education of children and to strengthen the relationship between educators and parents. “Both should work together toward the goal of education which is not just the academic, but is also the development of intelligence and virtue, which according to the Arkansas Constitution, are the safeguards of liberty, the bulwark of a free and good government, and the very reason for the establishment and maintenance of a free school system. To quote Dr. Martin Luther King, Jr.: Intelligence plus character—that is the goal of true education.”

Dean graduated from Oak Grove High School in North Little Rock and attended Agape College, where she received a diploma of biblical studies. She currently serves as the governmental affairs assistant and project coordinator for Family Council in Little Rock. Dean previously was employed as a field director for the Family Council Action Committee and worked for Agape College and Agape Church.

Dean lives in Little Rock with her four children. 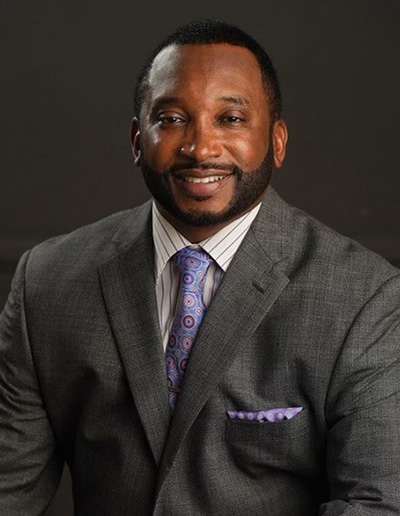 Randy Henderson is a native of Blytheville and has worked with Nucor Steel for over 24 years. He has served in an advisory role for educational institutions including the University of Arkansas at Pine Bluff Advisory Council and the Philander Smith College Business Advisory Council. He graduated from Arkansas Northeastern College with an associate of arts degree and earned a bachelor of applied science degree from the University of Arkansas at Fort Smith. His area of focus was industrial technology.

Henderson's experience in education and leadership provides him with a vision for the future of Arkansas’ students. He believes in the power of education for a successful workforce. As a child, his dream job was to be an educator serving underprivileged children.

In 2017, Speaker of the House Jeremy Gillam appointed him to serve as an Arkansas business representative on the Arkansas Legislative Task Force on Workforce Education Excellence. That same year, Henderson received the Arkansas Outstanding Alumnus of the Year Award from Arkansas Community Colleges Association for his efforts toward helping to shrink the skills gap in education and the workforce in Arkansas.

In 2018, Gov. Asa Hutchinson appointed Henderson to serve on the Arkansas Workforce Development Board. In 2020, he was recognized by Arkansas Business 250 as one of the state's most influential leaders.

Gov. Hutchinson appointed Henderson to the State Board in August 2021. His term expires on June 30, 2028.

Henderson lives in Blytheville with his wife, Alvque. They have four children and three grandchildren. 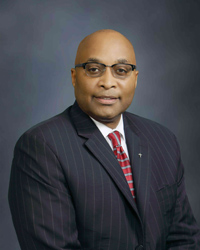 Dr. O. Fitzgerald Hill has extensive experience in higher education. While serving as the 13th president of Arkansas Baptist College in Little Rock, the college experienced a dramatic increase in enrollment, from 150 students to more than 1,100. In addition, the college’s budget increased from $2 million to nearly $20 million.

After 10 years at the college, Hill recently stepped down as president to become the executive director of the college’s foundation and the Scott Ford Center for Entrepreneurship and Community Development. He also provides leadership for the Derek Olivier Research Institute for the Prevention of Black on Black Violence, a research think tank that identifies solutions and provides recommendations to address homicides in urban communities.

Hill received degrees in communications and physical education from Ouachita Baptist University in Arkadelphia and a master’s degree in student personnel services from Northwestern State University in Natchitoches, La., where he served as a graduate assistant football coach. Hill later served on the Razorbacks football coaching staff for 12 years.

A veteran, Hill received the Bronze Star and Commendation Medal for services in Operation Desert Shield and Desert Storm.

Gov. Asa Hutchinson appointed Hill to the State Board effective July 1, 2016. His term expires in 2023.

Hill is married to Dr. Cynthia Hill. They have two daughters, Destiny and Faith, and one son, Justice. 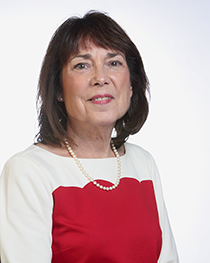 Kathy McFetridge brings 27 years of school board experience serving Arkansas children and families to the State Board of Education. She was first elected to the Springdale School Board in 1991 and has held the positions of secretary/treasurer, vice president and president. During her tenure, McFetridge helped manage the tremendous growth in the Springdale School District with 11 new schools opening to accommodate a rapidly growing student enrollment.

She has served on several statewide committees:

The McFetridge family has owned and operated Ozark Film & Video Productions in Springdale since 1983, and attend First United Methodist Church in Springdale. McFetridge has two adult children and four grandchildren.

Gov. Asa Hutchinson appointed McFetridge to the State Board of Education in July 2018. Her term expires June 30, 2025. 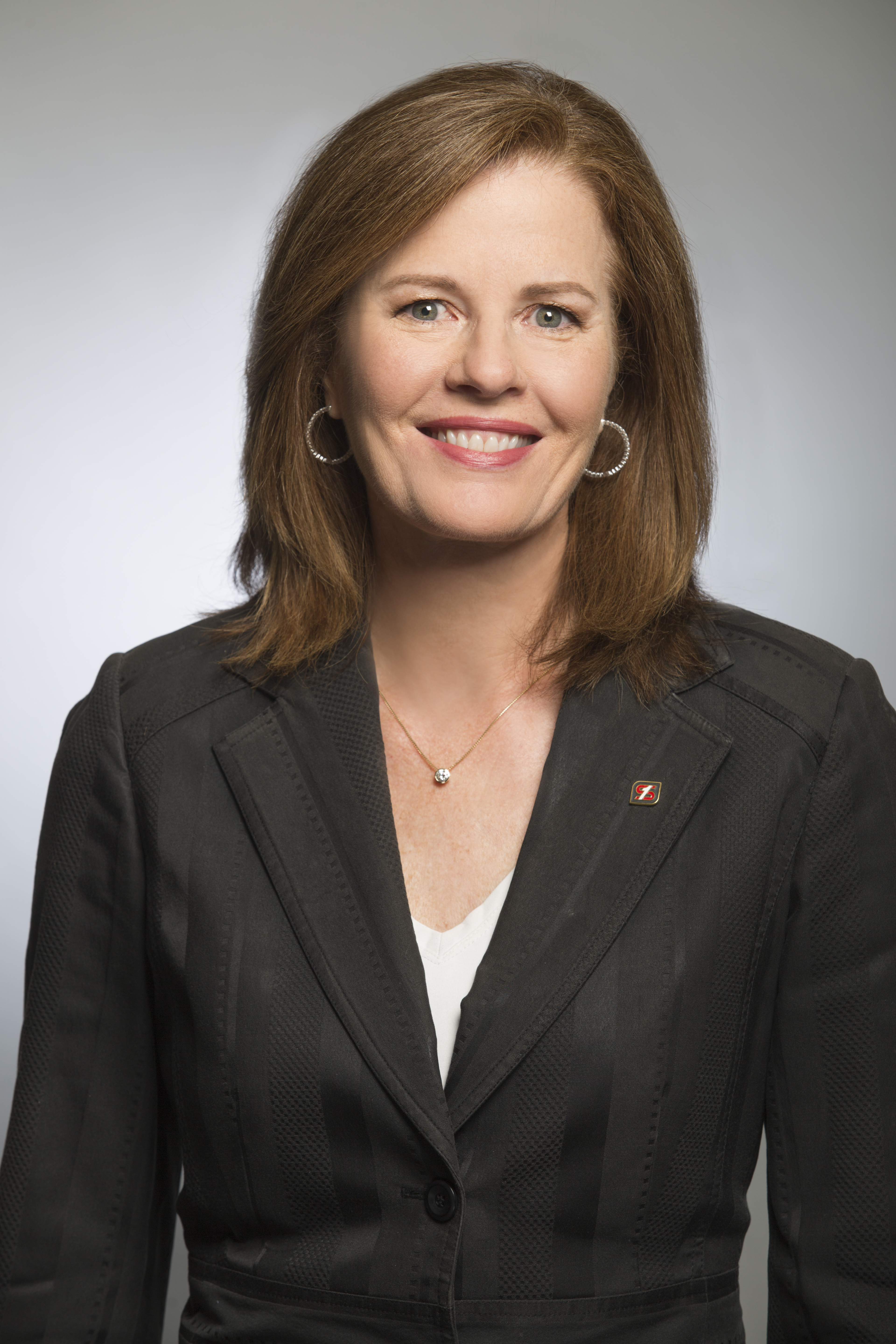 Lisa Hunter is a Jefferson County native and graduate of the Pine Bluff School District.  She received a bachelor of science degree in finance with a minor in accounting from Louisiana Tech University.

Hunter is executive vice president and chief data officer for Simmons Bank.  She began her career at Simmons Bank in 1996 after spending time with other banking institutions in the southeastern U.S.

As the granddaughter of a public-school administrator, Hunter has always valued education and the opportunities that it provides.

Hunter and her husband, Jeff, reside in White Hall.  They have two children – Courtney and Anna Claire.
Governor Asa Hutchinson appointed Hunter to the State Board of Education in August 2022.  Her term expires in 2029. 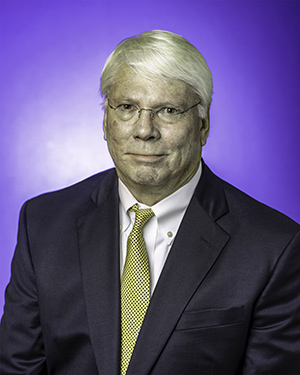 Steve Sutton is a lifelong resident of northeast Arkansas and a graduate of the Marion School District. He received a bachelor's degree in marketing and a minor in accounting from Arkansas State University in Jonesboro. Sutton has served as executive vice president and chief credit officer for Financial Federal Bank in Memphis for the last 24 years. He is active in his church, Marion United Methodist, and has served on local non-profit boards.

A member of the Marion School Board since 1992, Sutton has served as vice president since 1993. He has received several Arkansas School Boards Association awards including Outstanding Board Member and the Pinnacle Award.

Sutton believes that nothing is more important to the future of this nation than the education and success of our children. "Our teachers and public school districts are greatly under appreciated and under valued in this country and that needs to change. Arkansas is gaining in its public education rankings but more needs to be done to help pull up the underprivileged in this state. I was raised in the Arkansas Delta where small town school districts are the lifeblood and main ingredient for the town's prosperity and survival - places where every child, regardless of income, feels a sense of purpose, worth and hope. I would like to see these districts continue to play a vital role in our children's future."

In 2019, Sutton campaigned to secure a property tax increase to fund new facilities and renovation in the Marion School District. He recently supported the creation of a 501(c)(3} foundation to further provide for the needs of the district - long past his tenure on the school board.

Gov. Asa Hutchinson appointed Sutton to the State Board of Education effective July 1, 2020. His term expires in 2027.

Sutton's wife, Marcia, is a retired classroom teacher and high school counselor. They have three children and nine grandchildren 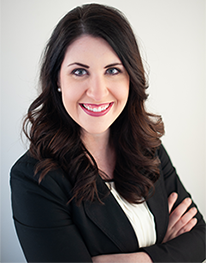 Adrienne Woods was 4 years old when her parents moved to Bentonville in 1991. Home schooled for most of her K-12 years, she graduated high school in 2005 and thereafter attended Arkansas Tech University earning a Bachelor of Arts in political science and history in 2008. Missing Northwest Arkansas, she returned upon graduation and earned her Juris Doctorate from the University of Arkansas School of Law in Fayetteville in 2012.
Prior to her most recent business venture, Woods practiced military criminal defense and civil litigation at the Asa Hutchinson Law Group and corporate white collar criminal defense for Mitchell, Williams, Selig, Gates & Woodyard law firm, both located in Rogers. Woods also served as a director in the Global Ethics and Compliance department at Wal-Mart Stores Inc., overseeing highly sensitive internal investigations.
She and her husband Jonathan have been married for 11 years. They have three children - Henry, Amelia (twins), and Finley. Currently, Woods co-owns FreeRide Studio in Bentonville. Together, she and her husband are actively involved in their church where she volunteers in the children's and women's ministries.
Woods was appointed to the State Board by Gov. Asa Hutchinson in June 2020. Her term expires June 30, 2026.